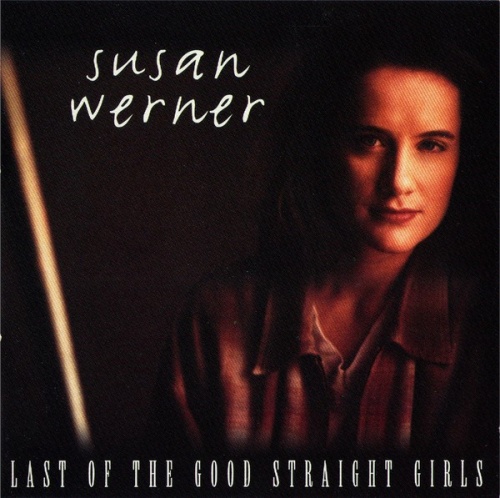 Susan Werner had been attracting a fair amount of attention on the Philadelphia folk circuit when, in 1994, she recorded Last of the Good Straight Girls for Private Music. Some listeners outside of Philly assumed that this introspective effort was Werner's first album, but in fact, it was her third -- the Iowa native turned Philly resident had already recorded two little-known albums: Midwestern Saturday Night and Live at the Tin Angel. Those who discovered Werner with Straight Girls saw that like a lot of other female singer/songwriters, the folk/pop/rock artist was heavily influenced by "the three Js" -- Joni Mitchell, Judy Collins, and Joan Baez. But while Werner isn't innovative or groundbreaking, sensitive material like "St. Mary's of Regret," "Through the Glass," and "Signing Your Name" proves that she is her own person and is an appealing artist in her own right. Although the CD isn't overly sociopolitical, "Some Other Town" reflects on the contrasts between life in poor inner-city neighborhoods and life in suburbia. Last of the Good Straight Girls, which was recorded when Werner was 29, didn't turn her into a superstar, but it did give the artist a well-deserved taste of national exposure.