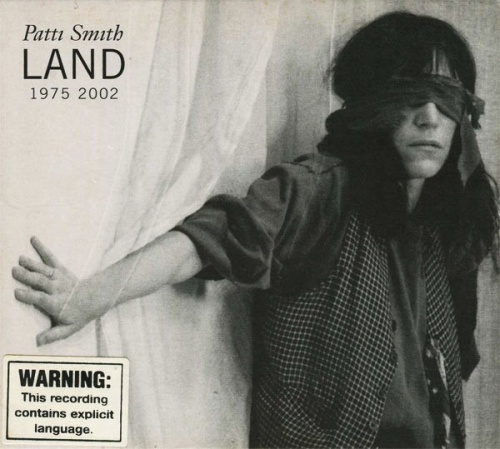 Patti Smith completed her contract with Arista Records after 27 years by assembling this compilation, which serves as both a best-of and rarities collection, one disc devoted to each. Disc one is drawn from Smith's eight studio albums (with the exception of a newly recorded cover of Prince's "When Doves Cry"). Having scored only one hit single, "Because the Night," Smith was not constrained by chart performance, and she seems to have chosen the songs that still mean something to her (though in an interview she claimed to have taken fan preferences into consideration). Curiously, given the album title, the epic "Land" is missing, as are such straight-ahead rockers as "Ask the Angels" and "Till Victory." But most of Smith's more impressive album tracks are included, with the selection favoring her 1970s records, an imbalance that is redressed on the second disc, which contains 2001 live recordings of songs from later albums Gone Again, Peace and Noise, and Gung Ho. The disc also has a couple of previously released singles-only tracks (her hard to find debut, "Piss Factory," and "Come Back Little Sheba," a 1996 U.K. B-side), demos ("Redondo Beach," "Distant Fingers"), a 1996 studio outtake ("Wander I Go"), live recordings of older songs ("25th Floor," "Birdland"), and one newly recorded song, "Higher Learning," a lengthy studio jam on which Smith plays clarinet. The set concludes with a poem, "Notes to the Future," recited by Smith at the 2002 New Year's Day poetry reading at St. Mark's Church in New York, that reflects her optimism, which is also expressed in a goofier manner by the hidden track, an impromptu live performance of "Tomorrow" from Annie. Land (1975-2000) is a typically idiosyncratic compilation from a quirky but imaginative artist, and that's what her fans have come to expect, so they won't be disappointed.