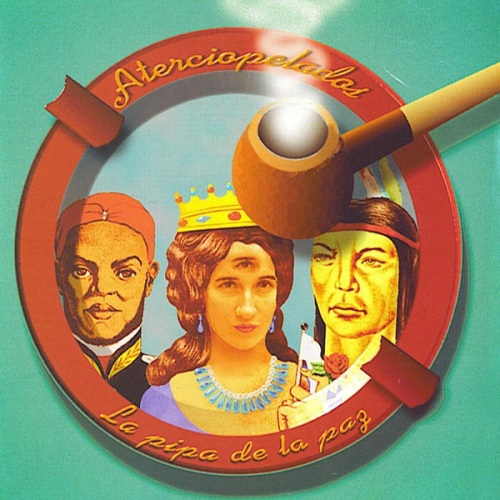 These Colombian rockers have staked out a unique blend -- soft on the top with occasional acoustic guitars and Andrea Echeverri's smooth, airy singing, and hard on the bottom behind bassist Héctor Buitrago and drummer Alejandro Duque. But the foundation of the group's second CD remains a strong, individual songwriting style that favors unexpected twists and turns over strut-and-swagger rocking. The melodies often have little moody touches or chords that give the songs a sideways tweak and the offbeat rhythms sometimes hint at ska skank, but never quite go all the away there. "Quemarropa" starts with a biting guitar hook that shifts to rasty wah-wah during the verses before a ska bridge with mariachi horns and almost Brazilian vocal exchanges. "Nada Que Ver" combines harmonica and a country flavor with straight triumphal rock chords, "Cosita" offers a taste of power-chorded tango, and accordion pops in on "Miss Panela." "La Voz de la Patria" and "No Necesito" return to the soft verse/hard chorus model Aterciopelados employed so effectively on their first CD and Phil Manzanera's production gives La Pipa de la Paz a power boost. Ultimately, it comes down to intriguing songs and the way Echeverri's singing always gives the music an inviting, positive center. The disc may lack knockout songs like "Florecita Rockera" or "El Diablo," but the consistency of the material compensates for it.