by Rose of Sharon Witmer

Forever the innovator, the undisputed Queen of Salsa, Celia Cruz, has topped the charts with her 2001 CD release, La Negra Tiene Tumbao. Mesmerizing tumbao rhythms permeate this recording that has captivated critics and fans alike. The warm and zesty music appeals to both younger and older audiences. Cruz, in her eighh decade of life and fifth decade of recording, is also hot with the young set. At her historic appearance at the 2001 New Orleans Jazz and Heritage Festival, the audience was jammed with young people who came to pay homage to the living legend. She did not disappoint, dressed in dazzling sequins and belting out tune after tune in her vibrant and seasoned voice. Keeping up with the times, the title track of the CD features a long rap sequence that has made it wildly popular with not only young Latino fans, but English-speaking audiences as well. The song and album that are up for a Latin Grammy can be heard not only on the big Latin American stations in L.A., New York, and Miami, but on many English-speaking stations as well. While "La Negra Tiene Tumbao" may be the CD's biggest draw, there are many other outstanding selections on the recording. Backed by a big sound of trumpets, trombones, and percussion instruments, Cruz puts out a musical feast of Afro-Cuban sound, such as on "Tatia Bilongo" and "Sin Clave No Hoy." The latter tune features a wonderful piano solo by Isidro Infante. Cruz sings a couple of great duets with musical colleague Johnny Pachecho. "Dejenme Vivir" and "Tararea Kumbayea" are a happy union of the voices of these longtime friends. From start to finish, the CD swings, as the electrifying and indefatigable Celia Cruz proves once again that being young is a state of mind. 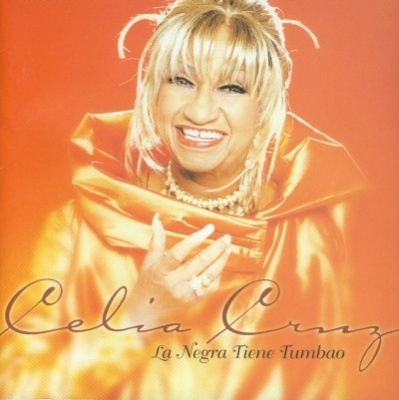