Philly soul has rarely sounded as regal as it does on Buddah Records "Original Masters" reissue series. Their initial batch of releases includes the first three long-players from the Thom Bell-produced and arranged Delfonics. While La La Means I Love You is the trio's debut LP, they had actually been working with Bell as far back as their 1966 single "He Don't Really Love You." By the time this album was cut, Bell had begun to establish a core of key Philadelphia musicians who would later become internationally recognized as MFSB. This conglomerate further enhances the already mellifluous vocal blend of the original Delfonics, which included brothers William Hart, Wilbert Hart, and Randy Cain. The multi-task role that Bell plays in the success of the Delfonics -- as well as most every other Philly-based group fortunate enough to have been guided by his discernible ears -- included producing and arranging as well as co-writing over half of the original material on the album. Among them are the Top 40 hits "I'm Sorry" and "Break Your Promise," as well as the title track, which would become one of the group's signature tunes. The sublime smooth grooves seemingly inherent in these arrangements practically define the distinction between the Philly soul scene and those more established in Detroit (Motown), Memphis (Stax), or Chicago (Chess). Bell's trademark easy and languid rhythms, when married to the trio's lush vocal harmonies, add new hues to the sonic soul music palette of the late '60s and early '70s. The effectiveness of Bell's innovative arrangements is perhaps most evident on the cover tunes. Astute listeners will inevitably note the influence of another highly regarded and successful songwriting/arranging team. The inclusion of two Bacharach/David classics -- "The Look of Love" and "Alfie" -- gives listeners more than just a hint at where much of Bell's fresh and distinct ideas may have taken root. Additionally, the Delfonics' cover of "Hurt So Bad" should not be missed, as it bests, or at the very least updates, Little Anthony & the Imperials' more familiar version. Buddah's 2001 reissue marks this title's CD debut by mirroring the original vinyl release -- even going so far as to faithfully reproduce both sides of the original LP jacket. Newly inked liner notes -- as well as complete discographical and personnel information -- have also been added in the six-panel foldout. Above all, the remastered sound yields the best this material has had. 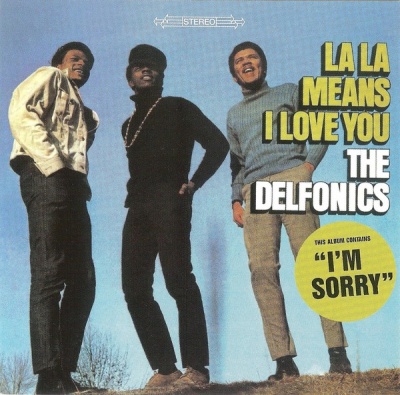