On the evidence of his first collection of songs, Kristofferson was ahead of his country music peers in realizing that, despite Nashville's conservative political tilt, there was a natural affinity between the country archetype of a hard-drinking, romantically independent loner and the rock & roll archetype of a drug-taking, romantically free hippie. A sleeve note suggested that Kristofferson had been reluctant to record, but while he didn't have much range as a singer, he brought a conviction to his vocals and a complete understanding of the nuances of the lyrics. The songs were so personal that they seemed to demand a personal interpretation, and established the persona of a poor songwriter struggling against despair. Nashville, as it turned out, didn't have much use for his countercultural songs, but the country music community could recognize a good love song, and Ray Price quickly cut "For the Good Times," which topped the country charts. Then Johnny Cash covered the first-person hangover narrative "Sunday Mornin' Comin' Down" for a number one country hit, and Sammi Smith gave a twist to "Help Me Make It Through the Night" by recording it as a woman's song for yet another country number one. The finishing touch to Kristofferson's sudden renown was Janis Joplin's cover of the classic on-the-road song "Me and Bobby McGee," released shortly after her death, which topped the pop charts. When it was released in 1970, Kristofferson did not reach the charts. By the following year, however, its creator was on his way to becoming a major star, and after his second album broke into the pop charts in July 1971, Monument retitled the first album Me and Bobby McGee and reissued it. This time around, it made the pop and country charts and went gold. 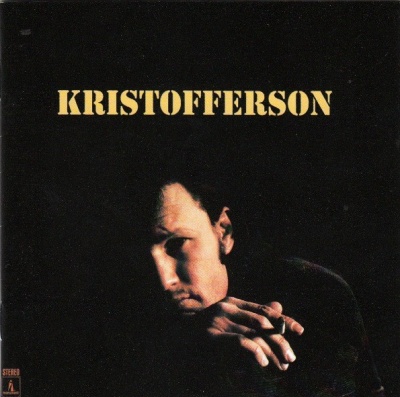