The massive success of the Manics' post-Richey James albums put them in an awkward position. They were always known for their agit-prop and political posturing, which sometimes enhanced their music, sometimes distracted from it, sometimes saved it. But, as their star began to rise and Nicky Wire became the group's chief writer, they lost some of their bile and bite -- just as their music turned into lush arena rock. So, even if the sales and reviews were good, it was time to strike back with a harsh, political record -- hence, Know Your Enemy. The block-type cover art reveals that at a glance, and so does the ferocious opener, "Found That Soul," both suggesting their dark high watermark, The Holy Bible. Then, as the album dips into "Ocean Spray," briefly returning to the feel of This Is My Truth, it becomes clear that this, for want of a better word, is an epic. This is the album where the Manics tie all their disparate strands together, up the political ante, try new things, all in an attempt to prove they're still vital. When it works, this can be pretty invigorating, but when it doesn't, it's utterly maddening. The push and pull of the ridiculous and the passionate have always made the Manics a fascinating band, but here, it teeters precariously between sublime and silly. The Manics sound the most convincing when they return to raging rockers, or on their sweeping mid-tempo arena ballads. When they stretch, they fall on their face, whether it's on the intentional disco parody "Miss Europa Disco Dancer" or on "So Why So Sad," yet another god-awful, lumbering Brian Wilson homage. Then, there's the politicizing -- strident polemics that still sound like rants from collegiate sophomores, those still infatuated with Marxism, railing about injustice from 50 years ago and learning a bit of art history, then peppering their discourse with references to reveal just how well-read they are. So, this results in the contemptible "Baby Elian" (merely a prelude to the album's launch concert in Cuba, where they earned the status as the first Western rock band to play and have dinner with Castro -- bully for them), the fine if forced "Let Robeson Sing," the awkward "My Guernica," and the charming "Freedom of Speech Won't Feed My Children," which finds Richard Gere to be the ambassador for ugly, hypocritical American liberalism, somehow tying "kissing the Dali Lama's ass" into the bombing of the Chinese Embassy. Now, the Manics, under James and Wire alike, have always walked this line (particularly on The Holy Bible, where it worked because of the intense rage of the lyrics and music), but here the targets seem a little lazy and obvious, and since they pour out over the course of a record that runs an interminable 74 minutes (including space that separates the 16th track and a bonus track), they no longer seem like quirks, they seem like crutches. They severely harm a record that rocks harder, sounds better, than anything since Richey James disappeared -- but lacks the sense of craft that made Everything Must Go a minor masterpiece. 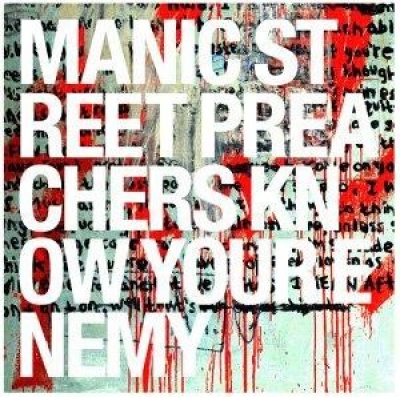