It's easy to dismiss Knocked Out Loaded out of hand, considering it an extension of the slick professionalism of Empire Burlesque, only not written completely by Dylan. He collaborates with everyone from Tom Petty to Sam Shepard, relying on recordings cut at various times in the mid-'80s, which makes its scattershot effect perhaps not so surprising. Still, that scattershot approach has its charms, especially when it results in winding epics like the Shepard collaboration "Brownsville Girl." But even with songs as good and interesting as that, the record follows too many detours to be consistently compelling, and some of those detours wind down roads that are indisputably dead ends. By 1986, such uneven records weren't entirely unexpected by Dylan, but that didn't make them any less frustrating. 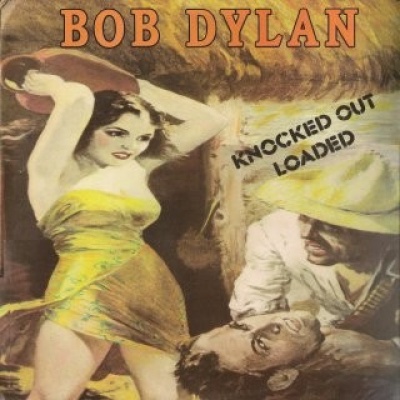