Released to celebrate his 50th birthday, King of Pop is Michael Jackson's third major compilation in just five years, following 2003's million-selling Number Ones and 2005's The Essential Collection. With a track listing chosen by fans via the GMTV and The Sun websites, it could, and should, have been the ideal opportunity to showcase his lesser-known singles and standout album tracks. Disappointingly, it relies on the usual big chart hits featured on his previous two collections, which leaves you questioning what the point of King of Pop is. Of course, the actual material is unquestionably brilliant. The majestic disco-pop of "Rock with You" and "Don't Stop Til You Get Enough" still sounds fresh 30 years on; "Thriller," "Bad," and "Billie Jean" are some of the best pop singles of modern times; while "Black and White" and "Scream" prove his '90s output was sometimes as strong as his '80s heyday. Nearly every one of the 17 tracks are undeniable classics, with only the divisive "Earth Song" and the lackluster comeback single "You Rock My World" feeling slightly out of place. And with tracks from his last six solo studio albums, it's also a fairly evenly spread representation of his illustrious adult solo career. But there's nothing on here to differentiate King of Pop from the mountain of Jackson compilations out there. The likes of the underrated "Stranger in Moscow" or forgotten number one "Blood on the Dancefloor" would surely have benefited from the exposure far more than the over-familiar "Beat It" or "The Way You Make Me Feel." Overall, it's hard to see who King of Pop is aimed at. Its predictable track listing is unlikely to appeal to die-hard fans, and casual fans would be better off buying the far more varied and comprehensive The Essential Collection. 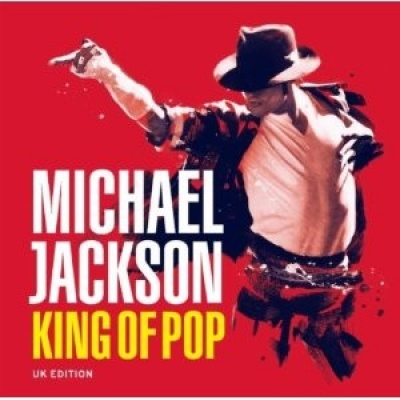