RCA put a major push behind Armenian conductor Loris Tjeknavorian in the 1970s and '80s, and this two-disc set, Khachaturian: Gayne (Complete Ballet), restores to the active catalog a highly desirable recording at a price that is entirely reasonable. When it first appeared in 1976, Tjeknavorian's Gayne (Gayane), made with the National Symphony Orchestra, was a mite controversial in that it was marketed as "complete"; Khachaturian fanatics had long sought a complete Gayne, as the suites Khachaturian had prepared from the ballet were common on recordings, but not the work as a whole. There's a good reason for this: the genesis of the score of Gayne is hopelessly complicated, as Khachaturian scrapped the 1942 score in favor of two revisions (made in 1957 and 1962, respectively), both radically changing the earlier, more popular version, which was in itself a rewrite of yet another, different property. In preparing this recording, Tjeknavorian utilized the 1942 score, but elected to omit numbers that took the form of repetitive cues or short transitional passages, so it is not 100 percent complete, hence the controversy. Nonetheless, Tjeknavorian's stirring, exciting, and extremely well-recorded performance of Gayne has held up well and, at 100 minutes, is probably a sufficient amount of music from the ballet for most listeners. RCA has paired this with Tjeknavorian's London Symphony Orchestra recordings of Khachaturian's Masquerade Suite, excerpts from Spartacus, and a rarity, his Russian Fantasy, composed in 1944.

You have to hand it to RCA Red Seal; its Classics Library series is a big improvement on past efforts in re-releasing core classical repertoire from RCA's back catalog at a midline price point. The packages, while still to some degree utilitarian, are a great deal more attractive than the old Gold Seal and Silver Seal issues and do not limit the choices RCA might make in the course of building the Classics Library, much as its Basic 100 series inadvertently did. However, the very best aspect of Classics Library is that RCA is now utilizing this brand to issue products such as this one, featuring recordings that have never appeared on CD before. The dawning of the digital era left stranded a backlog of perfectly fine RCA-made late analog classical recordings, then wrongly perceived as obsolete. These recordings, produced by Charles Gerhardt, are of outstanding quality, and most listeners will probably not even notice that they are analog. 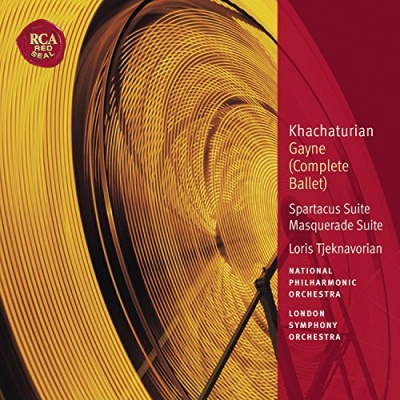