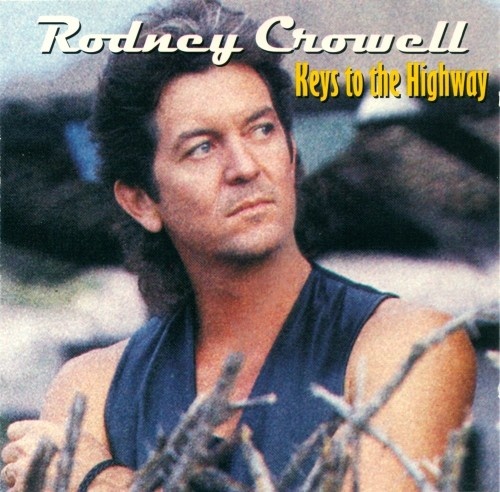 The success of Rodney Crowell's Diamonds & Dirt was a surprise, if only because Crowell had been making records for ten years with only modest sales. It was more country-oriented and less challenging than his previous recordings, but the album threw off a record-setting five number one country hits while remaining in the charts more than two years. Keys to the Highway, therefore, should have consolidated Crowell's status as a major country star; instead, it was a commercial disappointment from which he did not recover. Though Crowell had bowed to a traditional approach somewhat on Diamonds & Dirt, he remained essentially a stylist as interested in folk, rock, and R&B as he was in country. At the same time, emboldened by his success, Crowell apparently wanted to try to recover some of his critical standing, and he also seems to have been influenced by the death of his father to be true to himself. Momentum pushed the leadoff single, the slow, thoughtful folk-rock ballad "Many a Long and Lonesome Highway," into the country Top Five, but it was not what fans of Diamonds & Dirt were expecting, and despite the neo-Nashville sound of second single "If Looks Could Kill," which reached the country Top Ten, Keys to the Highway failed to make the country Top Ten or go gold. It's a much better album than that history suggests, however, carefully balanced between exercises in early rock & roll and rockabilly, country-soul, mainstream '60s-style rock, and even dyed-in-the-wool country. Keys to the Highway didn't have the songwriting depth of Crowell's early albums, but it was more substantial and more varied than Diamonds & Dirt, and if handled well, it might have been even more successful. Instead, it remains an album yet to be really discovered.