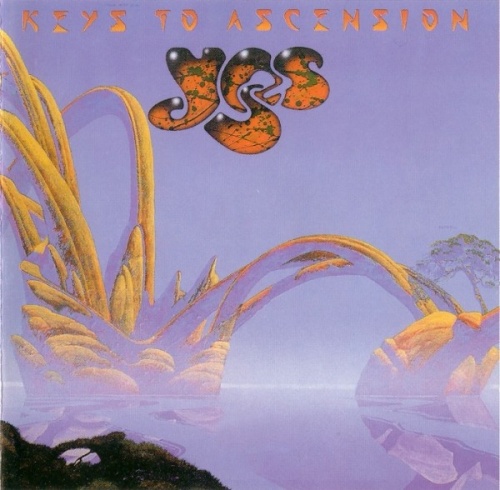 Yes, this time consisting of Jon Anderson, Chris Squire, Steve Howe, Rick Wakeman, and Alan White, got together for three nights in March of 1996 in San Luis Obispo, CA, to cut Keys to Ascension, the group's fourth live album in 28 years, which is rounded out with two new studio creations. Four of the seven live tracks are covers of songs that the band originally recorded between 1970 and 1974. The group has aged well, and Keys to Ascension is a more satisfying album than 1980's Yesshows. "Siberian Khatru" has less intensity but more lyricism than it did 23 years ago, making it slightly less dramatic -- the ending lacks some necessary attack, replacing it instead with more articulate guitar. Tales From Topographic Oceans is represented by "The Revealing Science of God," which shows off some superb ensemble playing on a 20-minute piece that is most difficult to bring off on-stage, with Wakeman the standout among the instrumentalists. Anderson's falsetto has lowered slightly with age, and lost a bit of its power in the process as well, but the ensemble carries the piece successfully to its conclusion. Nearly as surprising is the presence of Paul Simon's "America," a song they cut back in the early '70s, which comes off as a lot more engaging here than it did back when. "Onward" and "Awaken," from the late '70s, are well represented in beautiful live covers. The new songs featured as studio recordings on the second disc are superior to anything on the more recent Union "mega-Yes" album, with soaring harmonies and very spacious song construction.