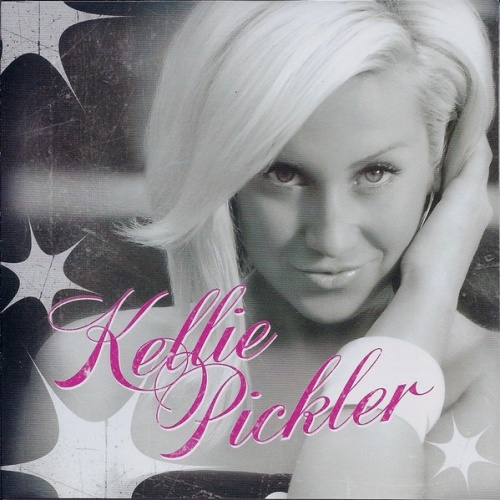 At the Office Housework

The whole of Kellie Pickler's professional career rests upon the notion that she's the goofy girl next door. Her cornpone cornball shtick pushed her through American Idol and gave her a minor hit record, which was enough of a foundation to build a sturdy, albeit unflashy, career upon. So what do Kellie and company do for her self-titled second album? Chuck all that out the window by corseting her cornball humor into an immaculately tailored straitjacket, burying her voice in the mix, cutting away the country in favor of a manicured crossover pop unsuited for Pickler's gawky, gangly voice. Her limitations as vocalist are most acutely felt on big diva ballads like "Somebody to Love Me," where she is dwarfed by the scale of the song and the arrangement, but the high gloss of the production also obscures whatever charms such sprightly pop as "Makin' Me Fall in Love Again" might have had, because the hooks are in the vocal melody and Pickler has been pushed into the background because she can't quite carry a tune. On her debut, this awkwardness was used to her advantage, as the producers picked the right set of songs for her, songs that fit both her meager skills and back story, but she's gone from singing about "Red High Heels" to riding the Jimmy Choo shoe train at Saks Fifth Avenue as if she was trying to step into Jennifer Hudson's subordinate role in the Sex & the City movie. Why do they do this? Who knows? Perhaps there's the assumption that an American Idol needs to be all things to all people, but Pickler was popular because she was the Small Town Girl of her debut, not because she was the wannabe diva that's showcased on this sophomore slump.