Influenced by Iron Maiden and Judas Priest, Helloween specialized in blistering yet melodic heavy metal with a strong gothic orientation. On Keeper of the Seven Keys, Pt. 1 (arguably Helloween's best album), lead vocalist Michael Kiske has no problem singing in a high, ear-splitting pitch -- often demonstrating just how great an impact Rob Halford has had on him. Although Helloween was never in a class with either Priest or Maiden, this very conceptual album is competent, enjoyable, and generally well done. There are no hormone-driven odes to women in tight dresses (a recurring theme in metal and hard rock) on Keeper; from "Future World" to "Twilight of the Gods," Helloween sticks to the type of gothic, fantasy-oriented lyrics it was known for. Helloween's contributions to metal were never outstanding, but as Keeper showcases, the band did have its moment. 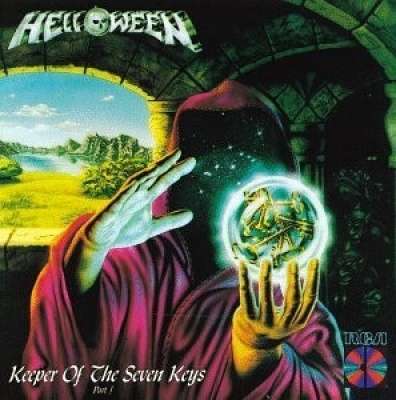