From the beginning of the series' fifth season, Katharine McPhee seemed like the ideal American Idol: a drop-dead gorgeous brunette, she was certainly telegenic and she also had a powerhouse voice, equally impressive on a slow-burning, show-stopping "Somewhere Over the Rainbow" as on a lively cover of KT Tunstall's "Black Horse and a Cherry Tree." Most importantly, Katharine was the first American Idol finalist since the premiere season to seem to appeal directly to the show's core audience of predominantly female pre-teens and adolescents, the first since Kelly Clarkson to possess a crucial blend of young, fresh looks, pop sensibility, and wholesome sexiness. All the pieces seemed to be in place for McPhee to take home the crown, but she got steamrolled by the Soul Patrol, as the world's youngest Baby Boomer, the prematurely gray Taylor Hicks, won the competition by appealing to the other AmIdol core audience -- the adults who grew up on the pop of the '60s, '70s, and '80s and were wondering where all that good music went. Taylor's debut record appealed precisely to that audience, which freed runner-up Katharine to deliver an album that appeals to younger listeners, at least in theory. In practice, it took a bit of effort to get all involved with McPhee's debut album to agree to this principle. According to several pre-release interviews, the singer approached her producers and label midway through production, requesting that the album sound younger; specifically, she wanted the music to have a stronger R&B and modern pop influence, so it would sound contemporary, which, in turn, would give her a greater chance of establishing herself as an artist outside the confines of American Idol -- and as Kelly Clarkson proved with her two albums, this could result in greater success both in the short term and in the long run.

RCA acquiesced to Katharine, delaying the holiday 2006 release of the album and pushing it into the first month of 2007, but that didn't mean that all of the original recordings were scrapped: some new sounds were added to the pre-existing sessions, resulting in a curiously lopsided final album, one that has two opposing sounds fighting against each other. There is, as Katharine requested, a heavy dose of modern pop here -- mainly, a lot of songs that bear a heavy Beyoncé influence, along with traces of Christina, and the results can be quite stylish and alluring, as on the glistening, exuberant opener, "Love Story," which strikes precisely the right blend of retro-'70s soul vibes and sparkling, stylish contemporary rhythms. But for every time the modern makeover works, it almost as often goes awry, as on the jarringly awkward, rapid-fire "Open Toes," a self-conscious celebration of sexy shoes on which Katharine never once sounds believable; she sings as if she's only seen pictures of this footwear in US Weekly and never once wore them herself. This disconnect is a common problem throughout this eponymous debut album: try as she may, Kat never sounds sexy when she struts on numbers like "Do What You Do," which doesn't come as a great surprise since she was always more spunky than sultry on the show, but it's a problem that plagues even the old-fashioned tunes, which should have been McPhee's forte. True, most of the slow ones here are little more than boilerplate ballads, but McPhee can't breathe life into these songs, so they just sit there inert, sounding impeccable but unmemorable. And that gets to the core problem with Katharine McPhee: as pretty as she is, as talented as she is, she has yet to develop a performing personality that is distinctively hers. That was also true of Carrie Underwood, but she benefited by willfully submitting herself to the machinations of Nashville, where she was skillfully molded into a country-pop star blessed with strong material and strong productions. Here McPhee submits to two different formulas, neither of which are entirely successful because they rely on her to carry the music with her personality, which she can't quite do yet. That these two formulas don't quite complement each other also hurts the record, since it never gels, but on the positive side, the album does suggest McPhee's instincts about going younger were correct. Missteps like "Open Toes" aside, the tracks that truly work are the ones that sound modern, whether it's "Love Story," the Christina-aping "Home," "Not Ur Girl," or even "Do What You Do," which works in spite of Kat's lack of sensuality. These are slices of sleek, bright modern pop that sound like what a young American Idol should sound like in 2006. That McPhee can't quite deliver on their promise for the entirety of her debut is disappointing, but it's not a disaster -- after all, this is just a debut, and first albums are often where an artist shows promise instead of fulfills it. Here Katharine -- just like she did on the show -- suggests that she has the potential to be the freshest mainstream pop singer American Idol has produced since Kelly Clarkson. Even if the album ultimately plays like a handful of good singles and filler, that's not too different than Kelly's debut, and even if McPhee isn't yet as charismatic as Clarkson, this record shows she has the raw ingredients to become a true pop star instead of merely playing one on TV. 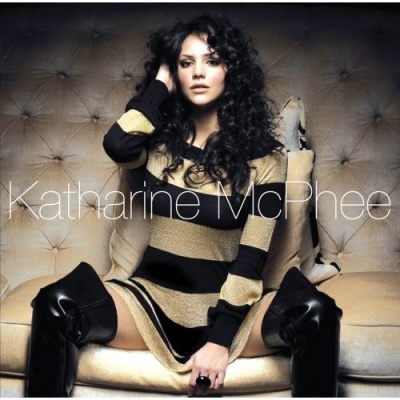