Pre-release hubbub might have you thinking Kasabian's debut is the Stone Roses' firstborn all over again, or that it's a Screamadelica for its generation. Almost, but these lads could use one more spin around the U.K.'s hippest clubs to really polish their craft to Madchester-in-its-prime level. What their debut succeeds in providing is out-of-the-gate excitement, a trippy sack of playful ideas, and a keen understanding of what makes hips sway and heads bob. If hearing Stereolab backing Ian Brown is your dream, "Reason Is Treason" should be your indie rock seducer. If you always wished prog rock danced in baggy jeans, "Test Transmission" should do it. A couple tracks that are show-ers more than grow-ers keep the album from being perfect, but when a Disneyland/Perrey-Kingsley-style keyboard riff plays over a dubby landscape and then gives way to an earnest, catchy hippie chorus, you can't help but fall in love with this ambitious, smart band. You can fill the ashtray with roaches during the cinematic "Butcher Blues" and make your Tangerine Dream-loving friend happy with the space rock meets angst rock of "U Boat." Lead singer Tom Meighan is one part Jagger and one part Richards, with a Beatles haircut and quote-generating, rebellious-interview mouth. They all live together commune style and their sleeves and badges use near-Rage Against the Machine imagery. Heavy, but their debut is a shaggy kind of charming that would work better if you tripped over it instead of having the hype trying to squeeze the word "revolutionary" out of your throat. Painting them as rock's saviors just makes the overly ambitious moments of the album look all that much bigger. Some serious heartbreak, or life for a little while outside of the commune, should broaden these songwriters' abilities to the level promised, but for now they're just exciting, groovy, and proud fathers of a dazzling debut. 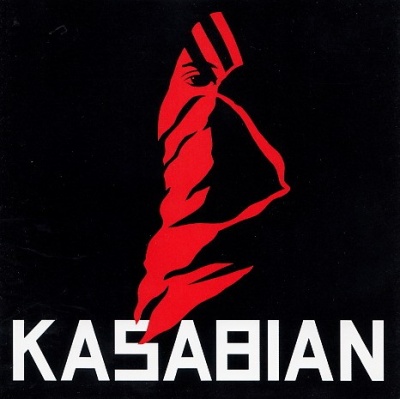