Just Like Heaven is a fairly standard romantic comedy soundtrack, assembling a mix of classics, covers, and excerpts of Rolfe Kent's score. The covers range from good-natured singer/songwriterisms like Pete Yorn's "Just My Imagination (Running Away with Me)" and Katie Melua's pretty, mellow version of the film's namesake (the Cure's original appears later, in all its jangly, bittersweet glory) to note-perfect, borderline-pointless renditions of "Jungle Fever" by Chakachas and "Bad Case of Lovin' You" by Emerson Hart. Bowling for Soup's cover of the Ghostbusters theme is notable mostly for how the band re-creates the original's cheesy synth tone exactly, while Kay Hanley's version of "Lust for Life" is a risky choice that falls flat thanks to the anemic arrangement backing her game vocal performance. However, Imogen Heap's smoky version of "Spooky" and Kelis' "Brass in Pocket" rise above the mediocrity of the rest of the covers; in fact, Kelis is so good that her interpretation rivals the great, wistful sexiness of the Pretenders' original. Along with vintage tracks like the Cars' "Good Times Roll" and Screamin' Jay Hawkins' "I Put a Spell on You, " Just Like Heaven also includes a handful of original songs, such as Beck's "Strange Invitation" and Amos Lee's simple, heartfelt "Colors." Rolfe Kent's score is surprisingly restrained and affecting, particularly on "Her Picture" and "David Alone"; only "Machines Don't Know Everything" brings the schmaltz usually associated with rom com soundtracks, and even then it's in small enough doses that it still seems sweet instead of saccharine. A competent soundtrack, Just Like Heaven's bright spots outshine its stumbles just enough to make it worthwhile for fans of the movie. 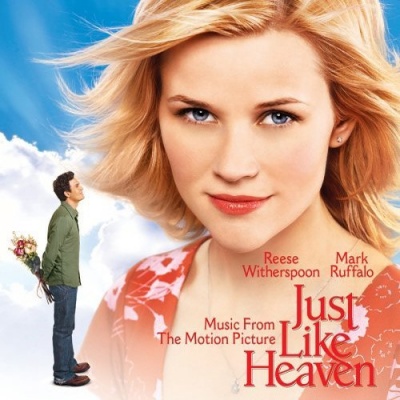 Hanging Out In Love Introspection Reflection