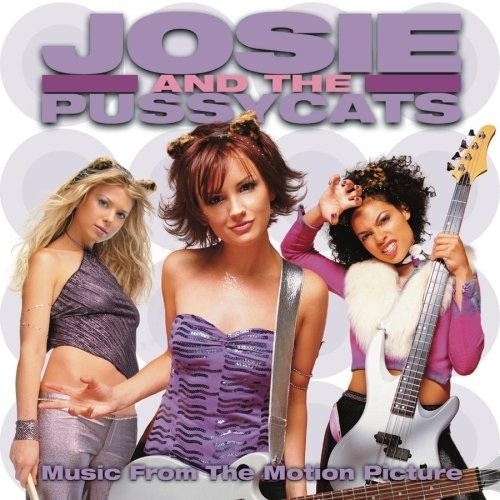 The original soundtrack to Deborah Kaplan and Harry Elfont's live-action, big-screen adaptation of Archie Comics' Josie & the Pussycats brings together the talents of, among others, Jane Wiedlin of the Go-Go's, Letters to Cleo's Kay Hanley, and the production team of Babyface and his wife, Tracey Edmonds. Hanley provides the voice of Josie (played by Rachael Leigh Cook) on the Pussycats' ten songs, which include chugging, slightly punky power pop tunes like "3 Small Words" and "Spin Around." Meanwhile, Babyface's quintessentially smooth, polished sound comes to the front on "Backdoor Lover" and "Dujour Around the World," both by Du Jour, the film's boy band and the Pussycats' main competition for airplay on the radio and MTV. Impressively -- though not really surprisingly, considering the talent involved -- the soundtrack manages to pull off both the Pussycats' bouncy rock and Du Jour's pre-fab pop with equal amounts of authenticity and humor, making it the perfect complement to the film's witty and affectionate update of one of the cartoon world's first girl groups.