Partway through the sixth season of American Idol, Jordin Sparks pulled out a heated, melodramatic interpretation of "I (Who Have Nothing)," a riveting performance that helped the spunky teenager pull apart from the bland pack. Until that song, Sparks had seemed like little more than an enthusiastic amateur, a teenager who loved to put on a show, but that rendition of the Ben E. King classic revealed a flair for drama and subsequent weeks revealed that she took direction well, absorbing the judges' criticisms and attempting something a little different with each passing week. This separated her from her two main competitors, the beat-boxing Blake Lewis, whose vocals always took a backseat to his style, and Melinda Doolittle, the former backup vocalist whose reliability was a liability, as she never ever seemed to be challenged. Sparks surprised by living up to those challenges -- she didn't always thrive, but she always strived, so she provided a rooting interest and the one real dramatic story line in a season painfully lacking in any kind of intrigue. She was the one contestant with a character arc, plus she appealed to the show's core constituent of teens because still seemed like a teenager, totally wrapped up the excitement of it all. When she won the title, it was like she was crowned Homecoming Queen.

All this makes for fine, not great, reality TV, but everything that made Jordin Sparks succeed on TV works against her on record. That energy, that enthusiasm, that eagerness to perform was all mildly ingratiating when seen on a weekly basis, as it made her relatable, either for the teens who followed her, or for older viewers who saw her as a daughter or a kid sister, but they're all ingredients that make for a pop star with almost no presence. If anything, the familiarity of Idol works against her, as her desperate-to-please persona is so deeply ingrained in her identity that any shift in music on Jordin Sparks can't help but be seen as the work of her producers, not her. To be fair, that's the way a lot of mainstream pop and R&B works, but having Jordin Sparks be so devoted to modern R&B -- equal parts Beyoncé and Rihanna -- feels entirely producer-driven, as Sparks never showed a flair for modern music on American Idol. She always favored the big, brassy numbers, almost never indulging in the sleek sound of modern R&B, even stumbling disastrously on No Doubt's "Hey Baby." Sparks may not have shown flair for this sound, but given her youth and vocal abilities, there almost was no other place to put her: there was a possibility of molding her as a High School Musical wannabe, but that would have been short-sighted, tying her to the moment, whereas an R&B makeover would at least suggest the possibility of a long-term career. Always happy to please, Jordin followed this path and she, as always, is eager enough to perform that she doesn't embarrass herself, yet she doesn't quite feel right singing over such stylized modern tracks. The tracks themselves sound good -- particularly those that crib heavily from early-'80s Prince, as in "Young and in Love" and "Shy Boy" -- but they're crying out a vocalist who would have some fun singing over these beats, somebody who would inject them with some mischief or sexiness instead of just being happy to be here.

Jordin never quite sells any of these songs, even when she's belting out big ballads, songs designed to showcase her range but that wind up showcasing her youth, particularly on the ludicrous "Beautiful" rewrite, "God Loves Ugly." She's not a seasoned singer so she never seems to get inside the lyric, she never delivers them with nuance instead of power. This is a problem on the R&B cuts too, but on the ballads -- which take up roughly half of the record -- this flaw is more prominent as she's pushed to the forefront to give the kind of vocal gymnastics that are her comfort zone. On Idol, all this unformed youthfulness was endearing, but on this debut she just seems green, not quite ready for the big leagues she's been pushed into. 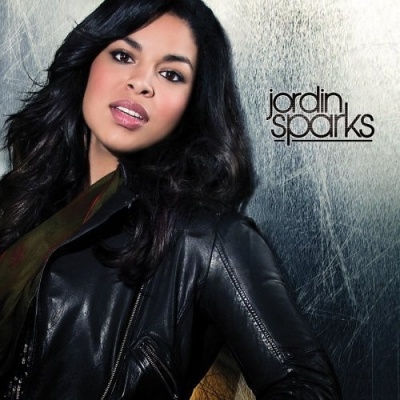 Girls Night Out Hanging Out In Love Reflection Summer TGIF