Of the three 2007 Dolly Parton reissues from Sony, Jolene is the most absorbing musically and the most problematic lyrically. A sparkling production creates a rich backdrop for both "Jolene" and "When Someone Wants to Leave" (both Parton originals), mixing acoustic guitar, country instruments (steel guitar, dobro), and light percussion. This tasteful mix, nicely spread across the stereo spectrum with Parton front and center, is a joy to listen to. Lyrically, however, these songs are a long way from Loretta Lynn's "You Ain't Woman Enough to Take My Man." Parton's female protagonists are downright pitiful, adrift in a world where a more attractive woman might take their man, where a woman cannot let go of a man who no longer loves her, and where a man is the "highlight" of her life ("Highlight of My Life.") Jolene, originally released in 1974, feels like a shot across the bow of the feminist movement, a reaffirmation that many women still liked the men to wear the pants (women, presumably, who listened to old-fashioned country music). This seems somewhat peculiar now, in that no one -- looking at her long, distinguished career and commanding stage presence -- would accuse Parton of being a weak-kneed songbird. Still, the music and Parton's vocal prowess are in top form on Jolene, and "I Will Always Love You" is one of her best performances (which is saying a lot). Like it or loath it, Jolene offers a fascinating snapshot of an era in transition, and captures Parton at the top of her game. 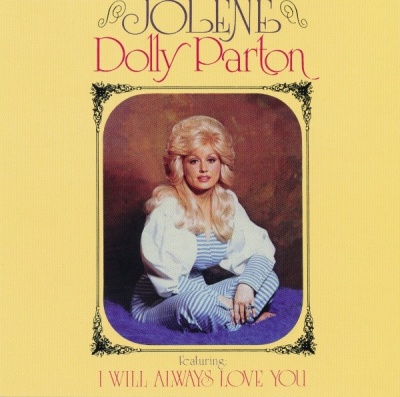