Jolene/Coat of Many Colors Review

This set combines Dolly Parton's 1971 album Coat of Many Colors with 1974's Jolene, and given that both the original LPs were on the short side, it makes for a pretty good -- even obvious -- pairing and spotlights some of the best and most enduring songs Parton ever wrote, including the autobiographical "Coat of Many Colors," the stark and brutally honest "Jolene," and the universal love song "I Will Always Love You." [The albums included here are the bonus track editions (with eight bonus tracks in total) originally released on CD in 2007.] 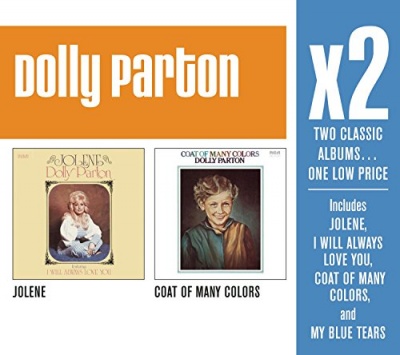 Jolene/Coat of Many Colors Album Information