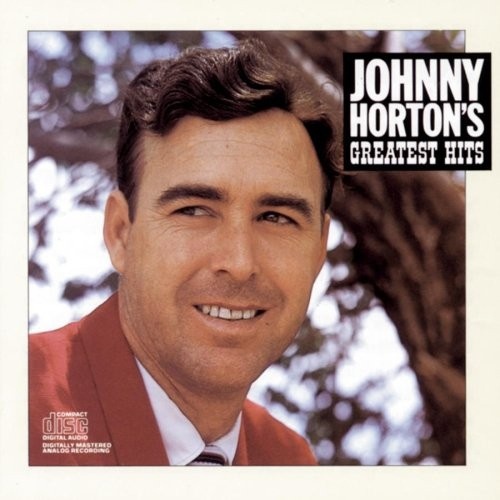 Even though he also cut a slew of country ballads and honky tonk tunes, Horton's fame rests with these folk saga songs. After spending the majority of the '50s reworking the classic sound of Hank Williams, Lefty Frizzell, and Webb Pierce, Horton scored with country shuffle cuts like "Honky Tonk Man." It wasn't until 1958, though, that he broke nationally with several geographical and historical themes like "When It's Springtime in Alaska" and "Johnny Reb." And while other drum, fife, and banjo production numbers like "The Battle of New Orleans" and "Sink the Bismarck" come off well, albeit in small doses, more overwrought cuts like "Johnny Freedom" and "Jim Bridger" find this particular stylistic well running dry. Too bad Horton didn't stick to more simple and emotive historical material like "Comanche" and "Whispering Pines." Unfortunately, this hits collection favors the gratuitous flag-waving fare and even ups the kitsch factor with syrupy, string-laden weepers like "The Mansion You Stole" and "All for the Love of a Girl." Still, a tidy collection of Horton's biggest numbers, and one that includes several cuts not featured on Columbia's more balanced two-disc retrospective.