To put the performance on Johnny Cash at San Quentin in a bit of perspective: Johnny Cash's key partner in the Tennessee Two, guitarist Luther Perkins, died in August 1968, just seven months before this set was recorded in February 1969. In addition to that, Cash was nearing the peak of his popularity -- his 1968 live album, At Folsom Prison, was a smash success -- but he was nearly at his wildest in his personal life, which surely spilled over into his performance. All of this sets the stage for Johnny Cash at San Quentin, a nominal sequel to At Folsom Prison that surpasses its predecessor and captures Cash at his rawest and wildest. Part of this is due to how he feeds off of his captive audience, playing to the prisoners and seeming like one of them, but it's also due to the shifting dynamic within the band. Without Perkins, Cash isn't tied to the percolating two-step that defined his music to that point. Sure, it's still there, but it has a different feel coming from a different guitarist, and Cash sounds unhinged as he careens through his jailhouse ballads, old hits, and rockabilly-styled ravers, and even covers the Lovin' Spoonful ("Darlin' Companion"). No other Johnny Cash record sounds as wild as this. He sounds like an outlaw and renegade here, which is what gives it power -- listen to "A Boy Named Sue," a Shel Silverstein composition that could have been too cute by half, but is rescued by the wild-eyed, committed performance by Cash, where it sounds like he really was set on murdering that son of a bitch who named him Sue. He sounds that way throughout the record, and while most of the best moments did make it to the original 1969 album, the 2000 Columbia/Legacy release eclipses it by presenting nine previously unreleased bonus tracks, doubling the album's length, and presenting such insanely wild numbers as "Big River" as well as sweeter selections like "Daddy Sang Bass." Now, that's the only way to get the record, and that's how it should be, because this extra material makes a legendary album all the greater -- in fact, it helps make a case that this is the best Johnny Cash album ever cut. 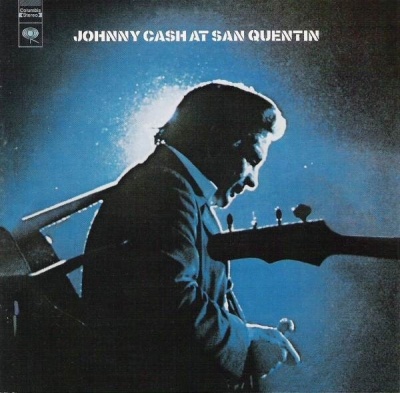