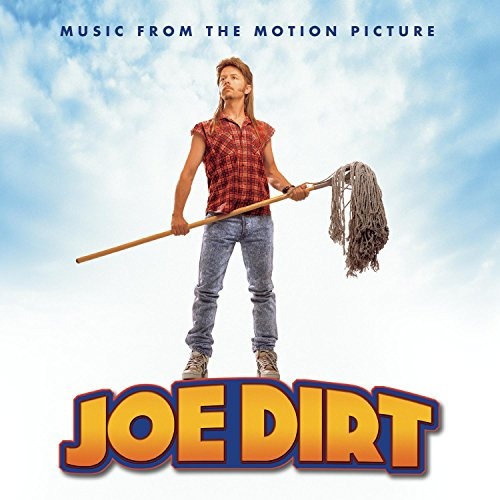 The mullet memorial Joe Dirt digs up a decent smattering of album rock that hasn't worn thin from over-playing (yet). Like any collection, this soundtrack is give and take: sure, Eddie Money's belted better tunes than "Walk on Water," but "Who Do You Love" remains the only George Thorogood FM number that hasn't been run into the ground. The real tragedy is that Leif Garrett's phenomenal disco manifesto "I Was Made for Dancin'," a pivotal track in the film, was inexplicably omitted. Meanwhile, Cheap Trick's (Australian) smash "If You Want My Love," April Wine's rocking "Roller," the Doobies' rollin' "China Groove," and BOC's summer sizzler "Burning for You" could spice up any comp. As far as schlock goes, you can definitely do much worse than Sheriff's sap masterpiece "When I'm With You." Then travel back to the '70s for every glorious minute of Argent's mammoth "Hold Your Head Up" (no need for radio edits in these disc days), joltin' Joe Walsh's Colorado trib "Rocky Mountain Way," and two other tunes you know by heart from heartland-heavy Nugent and physically heavy BTO. Plus the epitome of saturation, "Sweet Home Alabama," puts the whole thing in motion. Granted, without the aforementioned dips into the Reagan years, Joe Dirt doesn't look past classic rock radio, but that's why it's classic, 'cause this stuff rules.