The one-off reunion of Jefferson Airplane in 1989, which consisted of a tour and a new album, got it about half right, which is to say that the group's live performances were fine, but their self-titled album was a disappointment. Jefferson Airplane had always been a musical collective. Though it was founded by singer Marty Balin in 1965, the band consisted of strong personalities -- guitarists Paul Kantner and Jorma Kaukonen, bass player Jack Casady, and singer Grace Slick (who replaced Signe Anderson in 1967). (Drummer Spencer Dryden, who was part of the group's classic 1967-1969 lineup, was not invited to join the reunion.) All but Casady were songwriters and vocalists, and the albums always represented a mixture of prominent talents. In that sense, nothing had changed 20 years later; Balin, Kantner, Kaukonen, and Slick each got his or her songs on Jefferson Airplane. And their familiar proclivities remained in place. Kantner's complicated song structures were still at the service of his discursive lyrics, mixing left-wing political sentiments with fanciful personal reflections. Slick's concerns were even more idiosyncratic, as she devoted her lyrical piano ballads to such subjects as the plight of panda bears. Kaukonen's songs were, as usual, showcases for his guitar playing. And Balin was still the romantic heart of the band, willing to lead them through the one outside composition, the pop-ish "True Love," contributed by Toto's Steve Porcaro and David Paich (who were also session musicians on the album) and also happy to recall the past nostalgically in "Summer of Love." But somehow, this collection of oddballs seemed far less compelling than they had in the late '60s, and Ron Nevison's slick production, which may have been intended to update the sound and give it coherence, was just an annoyance. Thus, Jefferson Airplane, despite some characteristically good and interesting material, failed to make a good and interesting reunion record, and that was that. 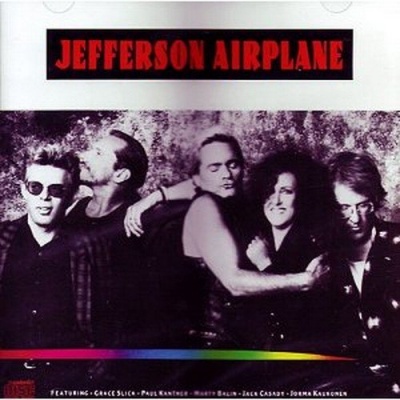