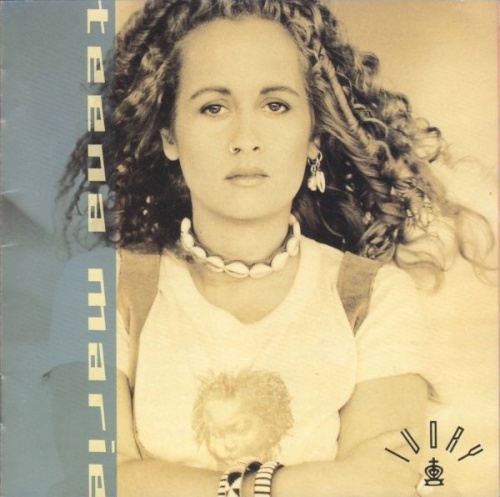 Ivory, Lady T's last album for a major label, was an intentionally ironic title in that she's a white singer who sounds convincingly black (much to her credit), has a largely African-American following, and has enjoyed little support from pop audiences. Unfortunately, Marie didn't enjoy much commercial success period with Ivory -- a generally decent album, certainly, but one that fell short of the overall excellence of Naked to the World and earlier offerings like Irons in the Fire (1980) and Wild and Peaceful (her 1979 debut). Marie's use of hip-hop elements comes across as forced, clichéd, and contrived on "Mr. Icecream" and "Here's Looking at You." But she has definite treasures in the infectious funk number "The Sugar Shack," the seductive "Just Us Two," and "If I Were a Bell" -- a fine example of the type of heart-on-her-sleeve, '70s soul balladry she'd long since mastered. With a folk-rock appeal not unlike Edie Brickell -- believe it or not -- "How Can You Resist It" is a major departure for her. Marie had been producing and writing her own albums since Irons in the Fire -- a claim few other female soul divas can make -- but turns to Soul II Soul founder Jazzie B. with likeable, thought not breathtaking, results on "Since Day One."