Released in the fall of 1999, when Korn were in danger of being overshadowed by such protégés as Limp Bizkit, Issues reaffirms the group's status as alt-metal leaders, illustrating that the true difference between Korn and their imitators is their mastery of sound. Korn are about nothing if not sound. Sure, Jonathan Davis doesn't merely toss off lyrics, but in the end, it doesn't matter since his voice and the various words that float to the surface simply enhance the mood. Similarly, the band doesn't really have any distinguished riffs or hooks -- everything each member contributes adds to the overall sound -- so, casual listeners can be forgiven if they think the songs sound the same, since not only do the tracks bleed into one other, the individual songs have no discernible high points. Each cut rises from the same dark sonic murk, occasionally surging forward with volume, power, and aggression. It's mood music -- songs don't matter, but the foreboding feeling and gloomy sounds do. To a certain extent, this has always been true of Korn albums, but it's particularly striking on Issues because they pull off a nifty trick of stripping their sound back to its bare essentials and expanding and rebuilding from that. They've decided to leave rap-metal to the likes of Limp Bizkit, since there is very little rapping or appropriation of hip-hop culture anywhere on Issues. By doing this, they have re-emphasized their skill as a band, and how they can find endless, often intriguing, variations on their core sound. Issues may not be the cathartic blast of anger their debut was, nor is it as adventurous as Follow the Leader, but it better showcases the sheer raw power of the band than either. 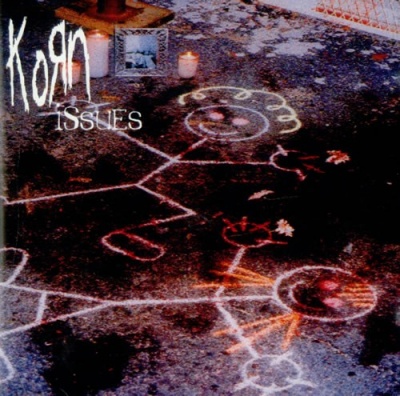