Jessica Simpson pretty much throws out any aspirations to be mature with her second album, Irresistible. And, in a sense, who could blame her? Her debut, Sweet Kisses, was pretty much stalled on the charts until the dazzling, "Jack & Diane"-sampling neo-bubblegum "I Think I'm in Love With You" was promoted to the stratosphere (hitched to Dawson's Creek, among other things), thereby proving the axiom that teens singing teen pop should be marketed to teens. So, that's what Irresistible is, at least on the surface, with Simpson looking like she stepped out of a Maxim photo shoot on the cover, filled with frothy, sugary pop tunes. There still are remnants of the middlebrow Simpson showcased on Sweet Kisses, notably in a fine duet with Marc Anthony called "There You Were," plus a misguided cover of the gospel standard "His Eye Is on the Sparrow" that concludes the record. Still, this takes up very little of the actual record, since these two cuts are surrounded by glossy teen pop that is designed to sound state-of-the-art, but winds up sounding curiously dated, as if it should have been released two years earlier than it was. And that's not necessarily a bad thing, at least on the surface, but apart from the opening double-punch of "Irresistible" and "A Little Bit," none of the songs register as songs -- they're just stylish background music. So, it's a bit of the inverse of Sweet Kisses, which was too heavy on ballads, and, like that record, this is the work of pros, so it sounds fine as it plays but it lacks a song as strong as "I Think I'm in Love With You" to anchor it -- so it floats away from memory. 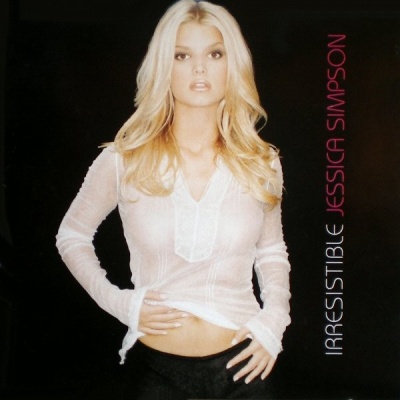