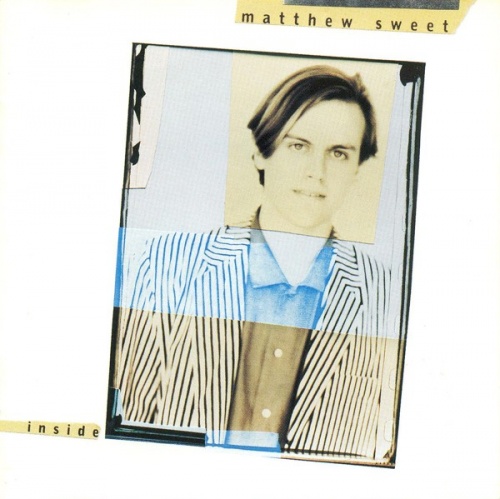 Fans of Matthew Sweet's far-superior '90s work require a word of warning before hearing his comparatively obscure 1986 debut. The songs are here, definitely -- it's just that it can be hard to hear them under the production. Though Matthew Sweet came to Columbia Records by way of the indie strongholds of Athens, GA, and Hoboken, NJ, he apparently didn't have the presence necessary to keep the ten separate producers (including himself) from covering the songs in every cliché of mid-'80s pop records: sequencers, MIDI synths, chorused guitars, creamy smooth backing vocals, the lot. As a result, Inside sounds pretty much indistinguishable from, say, Belinda Carlisle's post-Go-Go's solo albums. It's a shame, because underneath all those layers of production gloss are some fine tunes, notably the three songs Sweet wrote with ex-Slow Children singer Pal Shazar, including the soaring "We Lose Another Day," which is screaming for a more stripped-down remake. The ballad "Blue Fools" is pretty neat too, as is the dramatic rocker "Half Asleep." Still, it's impossible to hear this album without thinking of what might have been.