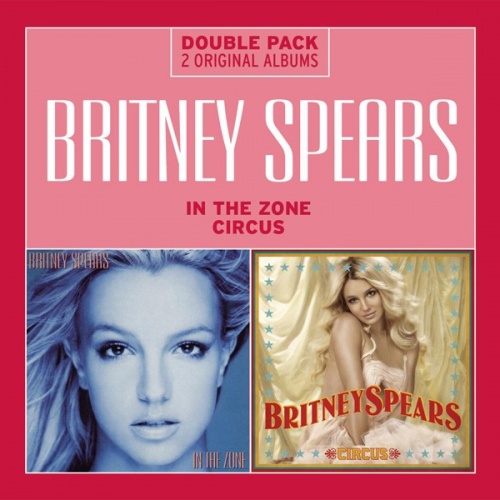 This 2013 two-pack pairs Britney Spears' 2003 hit album In the Zone (best known for its hit "Toxic" and the Madonna duet "Me Against the Music") and 2008's Circus (best known for its hit "Womanizer"). This skips 2007's Blackout, which is a stronger album than either record here, but this is still a good affordable way to get two of Britney's better dance-oriented albums.