In Here We Fall Review

The U.K.'s Electrasy is oddly excitable on their debut album In Here We Fall. Their appreciation for electronic breakbeats are obvious, but the album as a whole expands the vast spectrum of hard rock and alternative metal.

Melodic and heartfelt like their idols Oasis, Electrasy tries to mesh emotion with rollicking riffs on "Bussed Out," but they also make a sharp turn for musical weirdness on the rap-oriented "Renegades." Frontman Ali McKinnell's sour vocals are too similar to Cypress Hill's B. Real, certainly making this sound a bit bizarre for a band who claims they want to be as big as the Verve. Creatively, the band strains a little. They try so hard to capture the most of their dynamics. They don't relax enough to let the ballads truly flow. Electrasy, however, does introduce their musical eclecticism with class. This debut album sports a motivation to be as original as possible, and the band does succeed somewhat. Any band that covers one of the most misunderstood bands in rock (Led Zeppelin's "Dazed & Confused) has something to work toward. 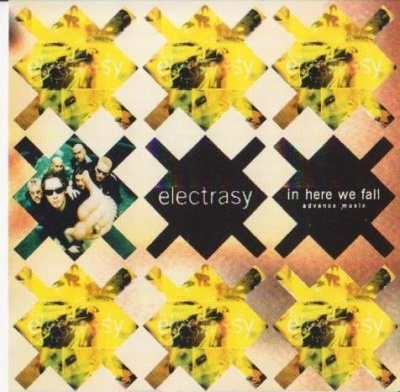 In Here We Fall Album Information