Atlanta rookie T.I. wants to be taken seriously, but after listening to the first couple of tracks on his debut album, it's hard to do that. The young rapper is filled with so much bluster and confidence that it's hard to take him at face value. I'm Serious is, after all, his first album, and he has the audacity to call himself the king of the South. Despite all the bravado, T.I. still has plenty of lyrical ability and uses it to chronicle his ability to get women ("The Hotel") and to dump women ("I Can't Be Your Man"). He also shows a more sensitive side on the track "I Still Ain't Forgave Myself." Production-wise, I'm Serious doles out plenty of typical Southern-fried funk, with the Neptunes producing one of the best tracks on the album with "What's Yo Name," as well as the title track, "I'm Serious." Unfortunately, too many of the other tracks sound the same and a few are blatant rip-offs, namely "Do It," which is a note-for-note remake of Juvenile's hit "Back That Azz Up." T.I. claims to be the king of the South, but on I'm Serious he fails to show and prove. He does, however, have potential. If his talent ever matches his confidence, he may be headed for stardom. 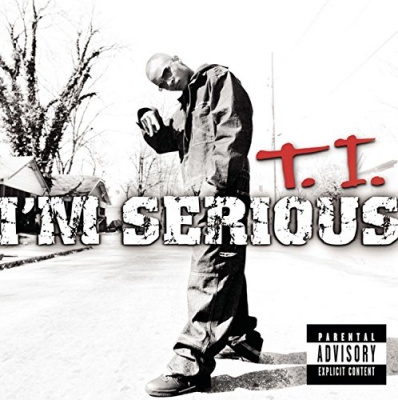