Best known for his huge output of concertos for the violin, Antonio Vivaldi produced a sizeable number of concertos for other instruments including the cello, an instrument that was little used as a soloist during Vivaldi's time. In all, there are 27 extant cello concertos that, like the violin concertos, push the instrument's technical and expressive abilities. Columbian-born cellist Sol Gabetta puts gut strings on her Guadagnini cello and grabs a Baroque bow for this RCA Red Seal album entitled The Vivaldi Project. Joined by Sonatori de la Gioiosa Marca, Gabetta performs five of the original cello concertos, as well as transcriptions of the popular A minor Violin Concerto, RV 356, and the "Winter" concerto from Four Seasons. With 27 actual cello concertos to choose from, it's a bit perplexing why Gabetta would turn to the violin repertoire rather than offering listeners a more comprehensive glimpse at the original music for her own instrument. Her playing, as well as that of her accompanying ensemble, is clean, accurate, and energetic. The small ensemble produces a big, rich sound, so much so that the distinction between soloist and orchestra is not as defined as might be expected in true concertante playing. Some of Gabetta's tempo choices -- particularly in the first movement of "Winter" -- are so ambitious that some rapid passages are blurred together. Overall, however, the dry, nimble sound she attains on her instrument and the Baroque performance practices she incorporates produce a pleasing atmosphere and a fresh perspective on these works. Listeners may hope that The Vivaldi Project does not end with a single disc, and that the remainder of the original cello concertos may be heard on future installments. 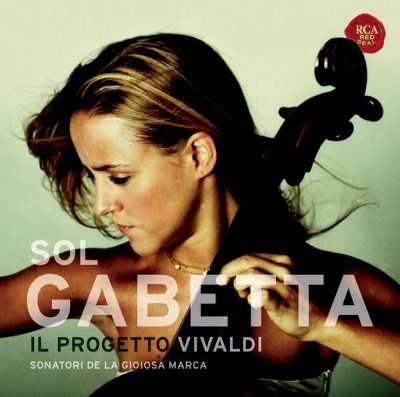