Flying perilously close to the limits of an average attention span, former One Direction crooner Zayn Malik risks a fate similar to the titular namesake of his sophomore effort, Icarus Falls. With his gorgeous voice and a batch of irresistibly seductive gems, he approaches greatness. However, considering this double album comprises 27 tracks, Icarus Falls is too much of what could have been a very good thing. Clocking in at nearly an hour-and-a-half in length, the strength of the songs and Malik's vocals are diluted as listeners might be left wondering whether this is a compilation or an endless loop, which is a shame, because there are wonderful moments -- and a tighter, more manageable album -- hidden in the murk. From the ethereal ("Let Me," "Scripted") to the soulful ("Stand Still," "I Don't Mind"), the haunted ("Good Guy," "Insomnia") to the funky ("Sour Diesel," "Rainberry," "No Candle No Light"), Icarus Falls' bloated track list at least benefits from having something for different moods, whether it's a need for an introspective analysis of fame and love, or simply a soundtrack for melting into a sweaty, sex-spent haze. That might even be the point: cherry-picking favorites for a personalized playlist could yield any number of unique listening experiences (or it could just be crafted for streams, similar to contemporary releases by artists such as Drake, the Weeknd, and Migos). In an alternate reality, the album's closing track -- the Timbaland-assisted "Too Much" -- might have been the album's true title. Whatever the artistic intent, Icarus Falls remains a monstrosity -- a bountiful gift or a daunting challenge, depending on the listener -- that deserves some attention if you have time and patience to spare. 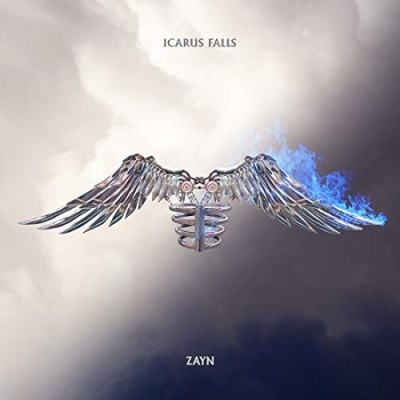