I Don't Want You Back Review

Eamon essentially came out of nowhere in late 2003, when the Staten Island singer's "Fuck It (I Don't Want You Back)" caught fire on national radio. Initially, novelty figured into the song's success -- with its numerous expletives removed, the track sounded like Scarface on TV. But there was also a visceral directness in "Fuck It" that listeners responded to. Its spare, quietly surging arrangement was slow-jam pretty, as was Eamon's bold, doo wop-inspired delivery. But its supposed warmth only put the shrillness of "You thought you could keep this sh*t from me" and "F*ck what I said, it don't mean sh*t now" in greater relief against the tepid backdrop of early 21st century urban radio. In a landscape of constant innuendo, people responded to Eamon's cold glare and boldface dismissal. His Jive debut plays off the song's success; I Don't Want You Back includes not only the uncut audio version but its video as well. Helming principals Milk Dee and Mark Passy have also followed through with a handful of songs that retain "Fuck It"'s stuttering, streetwise production. "Get Off My Dick!" situates snippets of drum'n'bass beats around a simple organ loop as Eamon lays down another kiss-off; it's reminiscent of the Streets' Original Pirate Material in both its sound and conversational tone. "I Love Them Ho's (Ho-Wop)" isn't as imaginative, copping the Flamingos' "I Only Have Eyes for You" for its heavy-handed celebration of groupie love, but "My Baby's Lost" and "I'd Rather Fuck With You" are better combinations of conventional genre bravado and interestingly off-kilter style of Eamon and his crew. The remainder of I Don't Want You Back isn't as strong, relying on posing and unremarkable filler. But the album is still quite promising, especially with such a statement-making single. 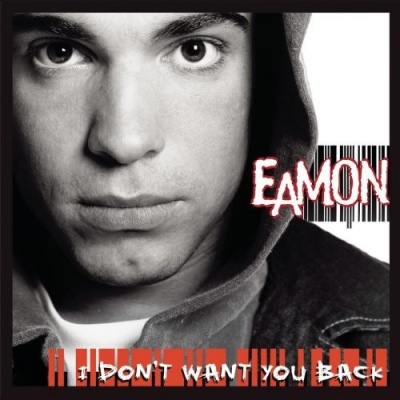 I Don't Want You Back Album Information