I and Love and You Review

Fans held their breath when Rick Rubin took the Avett Brothers under his wing. What would the co-head of Columbia Records -- a man known for recording rap-rock albums and resurrecting Johnny Cash's late career -- do with a small-time folk trio? The answer is "relatively nothing," as the band's major-label debut continues charting the same musical course as Emotionalism and Mignonette. The Avett Brothers have expanded their reach since 2000, adding elements of pop and hillbilly country-rock to a bluegrass foundation, and they carry on that tradition with I and Love and You, whose songs introduce a new emphasis on piano and nuanced arrangements. Working with a major label's budget allows the group to add small flourishes -- a cello line here, a keyboard crescendo there -- but the resulting music is hardly grand, focusing on textures rather than volume. Scott and Seth Avett share vocals throughout the album, delivering their lyrics in a speak-sing cadence that, at its best, sounds both tuneful and conversational. Given the opportunities presented here -- the ability to add strings, organs, and harmonium to the mix -- the two devote more time to slower songs, which display those sonic details better. The result is an intimate, poignant album, laced with rich production that often takes as much spotlight as the songwriting itself. 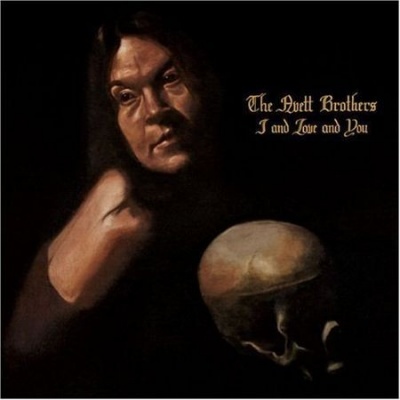 I and Love and You Album Information