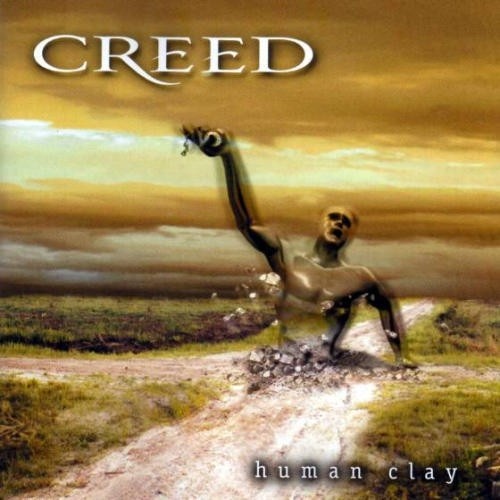 Most critics and pop music trainspotters didn't give Creed's 1997 debut My Own Prison much credit upon its release, even though it wound up going multi-platinum. At the time, they seemed like one of many heavy post-grunge guitar outfits -- especially to the disinterested observers who tend to name genres and classify bands. So, when the group unleashed their second album, Human Clay, in 1999, the industry, critics, and record collectors alike were stunned, positively stunned, when it entered the charts at number one, then stayed in the upper reaches of the charts for months on end. Nobody could figure out why this group managed to not just survive, but thrive when such fellow travelers as Our Lady Peace fell by the wayside. After all, at the time, not only were post-grunge bands dying, but so were such grunge heavyweights as Pearl Jam and Soundgarden's Chris Cornell. Listening to Human Clay doesn't really reveal any insights, either, since it is hard rock rooted firmly in the Seattle vein, complete with really big riffs and intensely introspective lyrics. Then, a realization sets in: Unlike their influences -- from Pearl Jam and Alice in Chains to Stone Temple Pilots -- Creed is happy to be a rock band. Their music may not be particularly joyous and they may even favor foreboding, heavy riffs, but they're not trying to stretch into political causes or worldbeat like Pearl Jam; they're not reveling in dark psychedelia like Soundgarden; nor are they attempting a glam Abbey Road like Stone Temple Pilots. Creed is a straightforward grunge and hard rock band, embracing everything that goes along with that, and doing it pretty well. They might not have as strong an identity as their forefathers, but they're not faceless, especially in the late '90s, an era when most popular hard rock is either rap-rock, industrial-tinged, or plain out thuggish (at times, of course, it's all three). Creed has more class than that and they write relatively solid riffs and hooks. It may not be the kind of thing that knocks out critics or grunge purists, but it does deliver for anyone looking for direct, grunge-flavored hard rock. Within that realm, the band does mix things up a bit -- it's not all mid-tempo sludge, for there are also ballads and some high-octane, up-tempo rockers -- and that makes Human Clay a stronger, better-paced record than its predecessor, which wasn't bad either. It's hard to tell on the basis of these two records if Creed has staying power. However, Human Clay does make it clear that there is an audience for post-grunge hard rock, as long as it's delivered without pretension and as long as it meets the audience's desire for straight-ahead, hard-hitting music.