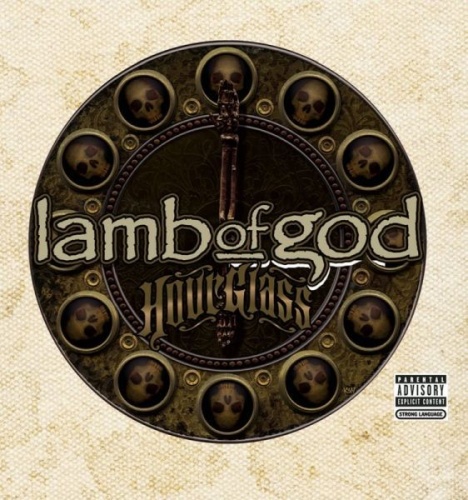 Lamb of God fans looking for a deluxe package that set details the band's career to date will have to wait for another day, those looking for a decently presented, musically solid summing up of the band's recordings to date with plenty of rarities included will more than likely be delighted. As a service to fans, Hourglass is available in two ways: either as a massive three disc 44 track box, or in three individually sold volumes. Each disc is separately titled and basically chronologically compiled. Disc one is entitled The Independent Years; it includes tracks from 1998's Burn The Priest (issued on Legion originally, and re-released in 2005 on Epic), 2001's New American Gospel, and 2003's As The Palaces Burn--both released on Prosthetic. Disc two, entitled The Epic Years covers the breakthrough and chart riding era to date: from 2004's Ashes Of The Wake, 2006's Sacrament, and 2009's Wrath. Disc three, entitled The Vaults, which compiles tracks from special editions, bonus cuts from Japanese releases, five rehearsal demos, four cuts from a tour tape by Burn The Priest, and the orignal four selections from Burn The Priest's debut seven inch single. On each disc included here, tracks are arranged aestethically rather than strictly chronologically; this makes for a better listening experience. The remastering of the early material and the rarities is top notch, everything here sounds terrific. The story that gets told in listening through it all is one of a band not only finding its sound as they moved from their purposefully primitive meld of thrash and death metal to being a death metal powerhouse without relying on the genre's cliches and tropes. Over each of the first two volumes listeners can hear the development in production, songwriting and musical composition, and above all confidence. One can also hear the gradual integration of a melodic thread that runs through the brutal guitar, bass, and drum assault. Randy Blythe's trademark vocals get stronger and clearer while losing none of their physical power and his lyrics improve as well. Over 11 years, Lamb Of God went from the depths of the underground to being tour and sotimes festival headliners who've ridden high in the charts and sold a couple of million records to date. This is the summing up of the first two chapters in the band's career. Fans can argue track selection as much as they wish, but that it is a representative collection--as a whole as well as disc-to-disc--is indisputable.