Louis Armstrong's 1925-1928 recordings with his Hot Fives and Hot Sevens belong in every serious jazz collection, even those owned by listeners who otherwise do not listen to music before bebop. Armstrong's remarkable trumpet solos of the 1920s were so advanced that they indirectly led the way not only toward swing but bop of 20 years later. On the third of seven CD volumes that have all of Louis' earliest records, Armstrong is featured with three separate groups. His Hot Seven (with the brilliant clarinetist Johnny Dodds, trombonist John Thomas, pianist Lil Armstrong, banjoist Johnny St. Cyr, Pete Briggs on tuba, and drummer Baby Dodds) plays three numbers (including the humorous "That's When I'll Come Back to You"). There are nine of the greatest Hot Five performances (with Dodds, trombonist Kid Ory, Lil on piano, and St. Cyr), including a perfectly constructed Louis Armstrong solo on the original version of "Struttin' With Some Barbeque," "Once in a While," and exciting guest appearances by guitarist Lonnie Johnson on three numbers (most notably "Hotter Than That"). This set concludes in 1928 with Louis Armstrong's new recording group the Savoy Ballroom Five (a sextet with pianist Earl Hines, drummer Zutty Singleton, trombonist Fred Robinson, Jimmy Strong on clarinet and tenor, and banjoist Mancy Cara); their four songs include the initial version of Hines' "A Monday Date" and the tricky "Fireworks." Essential music. 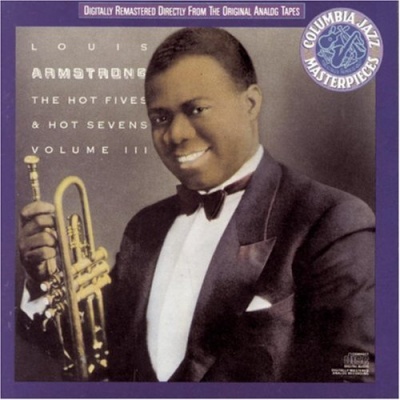