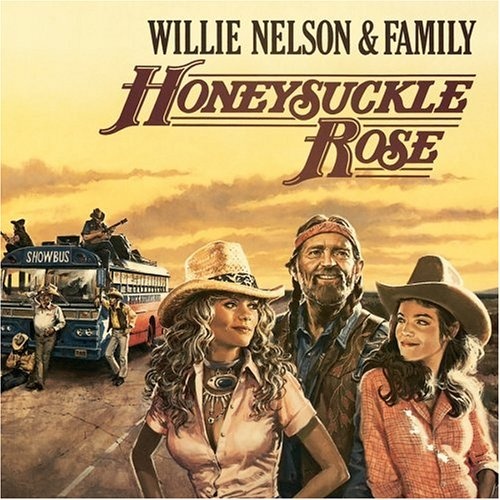 The soundtrack to Honeysuckle Rose is an anomaly in the genre. It is really a collection of songs by Willie Nelson and his Family band as well as a host of friends like Jody Payne, Johnny Gimble, Amy Irving, Hank Cochran, Jeannie Seely, Kenneth Threadgill, Dyan Cannon, and Emmylou Harris, all of it set in a concert-like atmosphere and performed live in front of an audience. Now it's true that Nelson is the hero of the movie, but the movie hardly matters when it comes to the soundtrack because it stands so well as a document on its own. Cochran's performances are as inspiring as anything he ever did in his life. Nelson's readings of his own tunes like "Bloody Mary Morning," "On the Road Again," "Pick Up the Tempo," "Heaven or Hell," and others are solid, inspired, and rollicking. His versions of tunes written by Kris Kristofferson ("Loving Her Was Easier Than Anything I'll Ever Do Again"), Rodney Crowell ("Angel Eyes"), and Lee Clayton ("If You Could Touch Her at All") blow away the studio versions. And the duets with Cannon, Harris, and Irving are moving and direct. The sound is much improved on this remastered version with a real bass presence and far less crowd noise during the performances.