Although she gained popularity and commercial success on country radio, New Jersey-born Mary Chapin Carpenter owes as much to folk as she does to country. With the release of her debut album Hometown Girl, Carpenter emerged as a new strong voice in the folk revival of the late '80s. Her songwriting skills are apparent here, and her lyrics read like journal entries of a young musician on the road and trying to make it. She looks back at where she's been and honors her heroes ("Family Hands") while looking ahead at the adventures to come ("A Road Is Just a Road"). Her best songs are the romantic ballads such as "Just Because," the album's highlight, where the spare acoustic arrangements bring out her one of a kind voice. Carpenter also demonstrates the breadth of her musical influences by covering Tom Waits' "Downtown Train" years before Rod Stewart turned the song into a hit. Hometown Girl is an understated affair -- there are not as many rollicking, fun tunes as on future efforts -- but this album is worth checking out for fans familiar with her 1990s catalog. 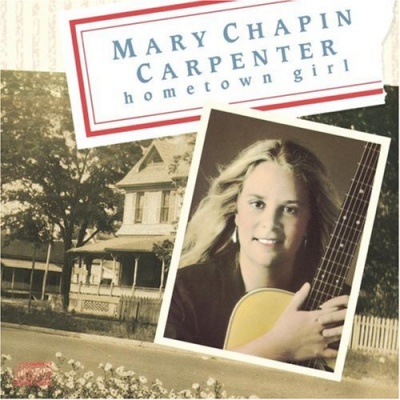