After the disappointingly uneven And in This Corner..., DJ Jazzy Jeff & the Fresh Prince restarted their commercial momentum with Homebase, which fitted Will Smith's rhymes with up-to-date, radio-friendly production and a much richer overall sound. For the first time, the album's key single wasn't a comic narrative: "Summertime" was a warm, breezy reminiscence about growing up in Philadelphia and attending barbecues where the whole community showed up to see and be seen. It had all the good vibes of a typical Fresh Prince number, but it was clearly a more mature effort, and that's Homebase in a nutshell. The smoothed-out R&B background of "Summertime" provides a template for the record's poppier moments, and there's a thumping new club influence on the dancefloor cuts. Lyrically, when he's not trying to move your butt, Smith paints himself as more of a ladies' man, in keeping with his new young-adult persona. If he's still more innocent than LL Cool J, he's throwing out all his best lines on the single "Ring My Bell" and trying to play the field on "A Dog Is a Dog." And there are a few story songs, like "Who Stole the DJ" and "You Saw My Blinker," that benefit from the fresher-sounding beats. While it doesn't have the youthful, old-school charm of He's the DJ, I'm the Rapper, Homebase is a successful reinvention that laid the groundwork for Smith's multimedia stardom as an adult. 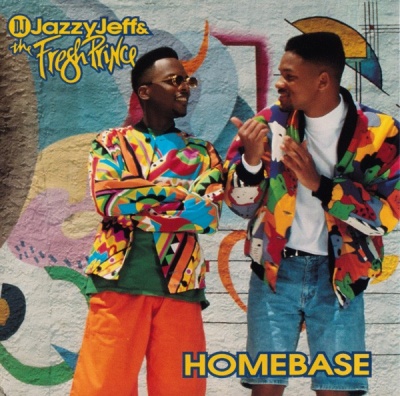