Delivering a successor to their breakthrough smash Wide Open Spaces was easy -- Fly followed a year afterward, sounding sleek and satisfying. Following that album turned out to be a little more difficult for the Chicks, not least because they were involved in an ugly battle with their record company over royalties. While they were away, country radio grew stricter, but there were undercurrents of change, particularly in the grassroots success of the O Brother, Where Art Thou? soundtrack. The Chicks always had deep country roots, but it was entirely conceivable that they could have chosen the pop route, since it's always the safest bet for established stars to follow the mainstream -- especially after they have been away for a while. Fortunately, one thing this trio has never been is predictable, and they were emboldened by their successful battle with the label, along with the O Brother, leading to the stunner that is Home, their sixth album. There may be a Stevie Nicks cover here, but there are no concessions to pop anywhere; there are hardly any electric guitars, actually. This is a pure country album, loaded with fiddles, acoustic guitars, and close harmonies, but retaining the Chicks' signature flair, sense of humor, and personality. It's a vibrant, quirky, heartfelt record that finds the group investing as much in a funny, rollicking number like "White Trash Wedding" or something as sadly sweet as "Godspeed (Sweet Dreams)." But the key to the album is that, as they so brilliantly put it on the wonderful opener, "Long Time Gone," they recognize many modern country singers "sound tired but they don't sound Haggard" and "have money but they don't have Cash" -- and this is a sentiment that doesn't just apply to those riding the charts, but to the po-faced alt-country contenders who are too serious to have fun. They deftly balance modern attitudes with classic instrumentation, all built on terrific songwriting, winding up with an album that feels purer than anything on the charts, yet much livelier and genuine than alt-country. This is what country music in 2002 should sound like. With Home, the Chicks illustrate that country music should be simple but adventurous, sincere but fun. In doing so, they've delivered not just their best album, but what's arguably the best country album yet released in the 2000s. Needless to say, an instant classic. 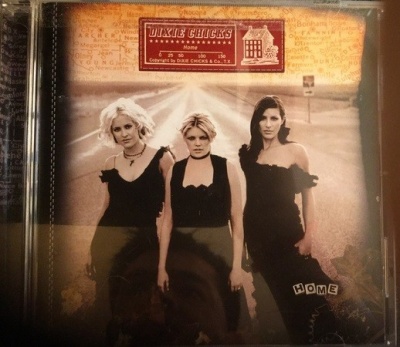