Home Alive: The Art of Self Defense Review

The brutal 1993 rape and murder of Gits lead-vocalist Mia Zapata served as a catalyst for expressions of grief and then concrete positive action on the Seattle music scene. Zapata's musician friends channeled their anger and anguish into the formation of Home Alive -- a non-profit collective promoting creative approaches to ending violence. Among other initiatives, the organization offers a wide array of self-defense classes, workshops and forums. As an international awareness project, two-disc album Home Alive - The Art of Self Defense proves a stunning exception to the well-meaning but often-trite benefit-album treadmill. A total of 44 tracks make for an invigorating, empowering, liberating experience, absorbing the harsh medicine and channeled anger of biting spoken-word contributions with a sugar-coating of power-packed punkish alternative anthems. The poetry and spoken selections range from reflective passages evoking sombre truths (often from male contributors like Jim Carroll and Andrew Horowitz) to brutally disturbing, anguished rants (Natalie Jacobson, Lydia Lunch), sometimes bordering on numbing hyperbole, but always honest and thought-provoking. Zapata herself is documented with a live solo track from 1991 and a number with the Gits. Surviving Gits appear under the name Dancing French Liberals of '48, and team with Joan Jett as Evil Stig for a live "Go Home." Even the city's majordomos like Pearl Jam and Soundgarden check in with taut, energized rockers rather than standard-issue Seattle sludge. While the inclusion of Nirvana's superb, ironic live recording "Radio Friendly Unit Shifter" (Grenoble, France, 1994) serves as a highlight beacon, the project inspired several second-division alternative acts to turn in some of their strongest, noteworthy performances, among them Love Battery, Fastbacks, Supersuckers, Gretta Harley, 7 Year Bitch and the Posies. Other name draws (not all from Seattle): Jello Biafra, Exene Cervenka, Ann and Nancy of Heart, and the Presidents of the United States of America. It may sound over-idealistic, but I'll side with the liner note assertion that "everyone who buys and listens to this record is part of the process of creating the awareness that we can change our behavior to deal with the violence that surrounds us while working toward larger social changes." It's almost a guilty bonus that you get such a rawly galvanizing listening experience to boot. 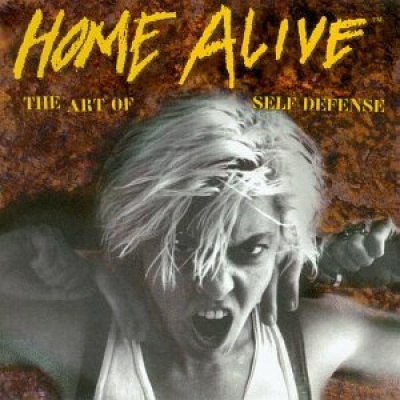 Home Alive: The Art of Self Defense Album Information