Hollywood: A Story of a Dozen Roses Review

After the 2010 release of Best Night of My Life, Jamie Foxx put his music career to the side for the longest period since 2005's Unpredictable. When he returned in 2014 with "Party Ain't a Party," a collaboration with DJ Mustard and 2 Chainz, it was clear he was content to play the same role in R&B, as a partying loverman with winking punch lines, singing about shawties, booties, and twerking. The song didn't stick enough to make either the standard or the deluxe versions of Hollywood: A Story of a Dozen Roses. Though follow-up release "Ain't My Fault" was relatively serious, it too was set in the club and failed to register on any Billboard chart, though it was placed on the deluxe edition. Some songs here, like the consecutive piano ballads "In Love by Now" and "Jumping Out the Window," do lack mischief, but Foxx otherwise continues to put forth quite an effort to prevent his audience's average age from reaching 30. Kid Ink, Wale, and Chris Brown are among his guests, and he snags producer Boi-1da for sleek tracks such as "Like a Drum," with lyrics that could just as easily be sung by someone half Foxx's age. That material, as well as much of what surrounds it, is significantly less substantive than the singer's past work. The lighter, looser songs -- like a characteristically breezy contribution from Pharrell Williams, and a Cook Classics collaboration that immediately follows it -- happen to be the most memorable of all, even though they sound like the songs that required the least amount of thought to make. 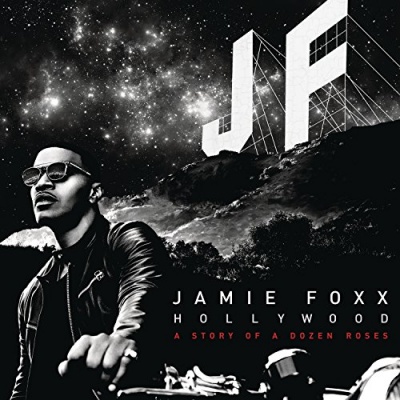 Hollywood: A Story of a Dozen Roses Album Information