Hjuvi: A Rhapsody in Time Review

With a title created by random strikes of the typewriter and a full symphony orchestra on board, you might be forgiven for expecting Hjuvi to be a bracing blast of art rock experimentalism. Certainly, it's by no means a typical Nits album -- helmed and mostly written as it is by keyboard player Robert Jan Stips, rather than regular frontman Henk Hofstede. But only listeners with an unreasoning dread of '70s-style rock and classical fusion need be deterred from this 57-minute piece for group and orchestra. Even that would be a little unfair, given that the lengthy instrumental sections -- or "rooms" as they're called -- are dominated by the orchestra and Stips' always lyrical piano, with nary a synthesizer wig-out or guitar solo to be found. What's more, Stips the composer demonstrates an impressive familiarity with many of the 20th century's more approachable figures, including Bartók, Gershwin, and Satie. There are occasional lapses into discord and pretension (though "Silence, Solo for Conductor" was mercifully omitted from the recording, "Room for Percussion" will try most listeners' patience), yet for the most part Stips keeps things aloft with his command of melody and orchestral color, along with the occasional splash of humor and pastiche. Interspersed among the orchestral sections are a number of more conventional Nits songs, including "Night Fall" and "Cars and Cars" from Ting, both of which benefit from an added orchestral dimension. For all that the piece is divided up into the aforementioned "rooms," however, there's little in the way of structural unity to be found. Not one for the Nits newcomer, then, but an admirable demonstration of the pioneering spirit that has kept the band sounding so remarkably fresh for so very long. 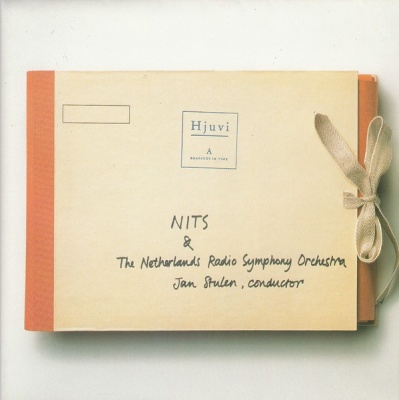