Sony Special Products' Hits Of series follows a pretty set script. The discs are short at only ten tracks and contain a mix of big hits, middling hits, and totally forgotten songs by pretty well-known artists. It is a unique strategy that brings some interesting songs to light and makes for good listening. Hits of 1987 deviates from the script and has only one big hit (Gregory Abbott's "Shake You Down"), a couple of near-misses in Lisa Lisa's "Lost in Emotion" and Eddie Money's "I Wanna Go Back," and a bunch of tracks that have been lost to the sands of time like Hipsway's "The Honeythief," Europe's "Carrie," and Surface's "Happy." Strangely, this lack of big hits makes the disc more valuable as an artifact, as far as '80s fans are concerned. Anyone else may be left wondering where the tunes they remember are. In both cases, listeners will wish there were more tracks on the disc, because ten is just not enough. 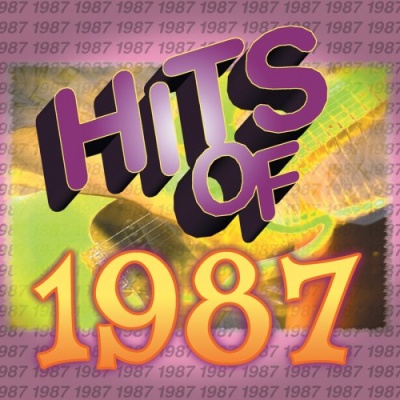