Sony Special Products' Hits Of series follows a pretty set script. The discs are short at only ten tracks and contain a mix of big hits, middling hits, and totally forgotten songs by pretty well-known artists. It is a unique strategy that brings some interesting songs to light and makes for good listening. Hits of 1983 has quite a few huge era-defining songs on it like Adam Ant's "Goody Two Shoes," After the Fall's "Der Komissar," Quiet Riot's "Cum On Feel the Noize," Men at Work's "Down Under," and Bonnie Tyler's "Total Eclipse of the Heart." It also has a pretty darn good ELO tune ("Rock and Roll Is King"), two Toto songs ("Africa" and " I Won't Hold You Back"), and mediocre tracks by Earth, Wind & Fire and Loverboy. It all adds up to one of the weaker entries in the series, mainly due to the inclusion of two Toto songs and, surprisingly, the number of hits included, since one of the main appeals of the series is the unusual track selections. 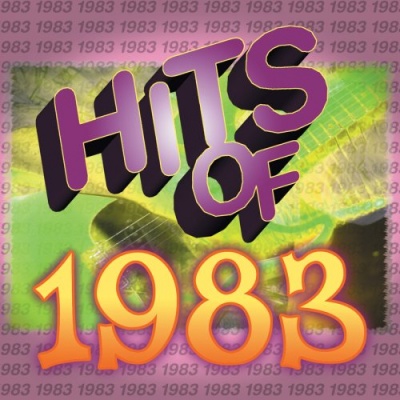