HIStory: Past, Present and Future, Book I Review

Michael Jackson's double-disc HIStory: Past, Present, and Future, Book I is a monumental achievement of ego. Titled "HIStory Begins," the first disc is a collection of his post-Motown hits, featuring some of the greatest music in pop history, including "Billie Jean," "Don't Stop 'Til You Get Enough," "Beat It," and "Rock with You." It leaves some hits out -- including the number ones "Say Say Say" and "Dirty Diana" -- yet it's filled with enough prime material to be thoroughly intoxicating. That can't be said for the second disc, called "HIStory Continues" and consisting entirely of new material -- which also happens to be the first material he released since being accused of child molestation. "HIStory Continues" is easily the most personal album Jackson has recorded. References to the scandal permeate almost every song, creating a thick atmosphere of paranoia. If Jackson's music had been the equal of Thriller or Bad, the nervous, vindictive lyrics wouldn't have been quite as overbearing. However, "HIStory Continues" reiterates musical ideas Jackson had been exploring since Bad. Jackson certainly tries to stay contemporary, yet he has a tendency to smooth out all of his rougher musical edges with show-biz schmaltz. Occasionally, Jackson produces some well-crafted pop that ranks with his best material: R. Kelly's "You Are Not Alone" is seductive, "Scream" improves on the slamming beats of his earlier single "Jam," and "Stranger in Moscow" is one of his most haunting ballads. Nevertheless, "HIStory Continues" stands as his weakest album since the mid-'70s. 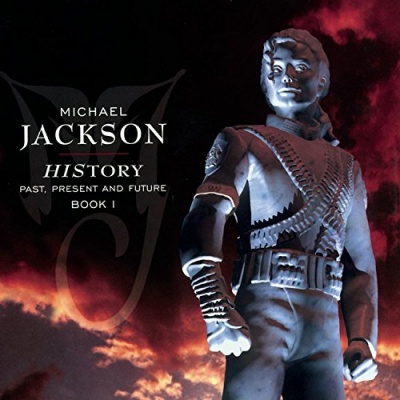 HIStory: Past, Present and Future, Book I Album Information