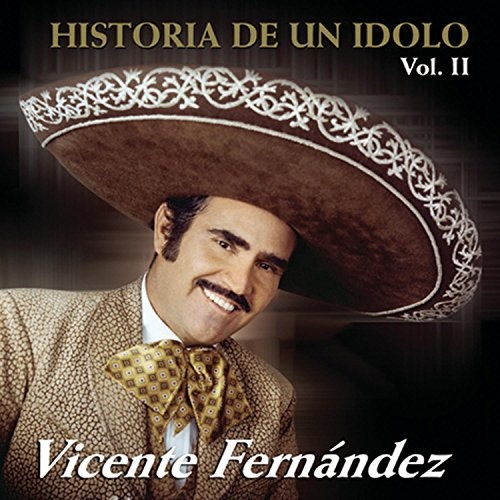 Vicente Fernández is the king of ranchera. Although he's unknown to most Anglos, to Mexicans he's a revered name, a man who's sold over 40 million albums in his career, and whose concerts are always standing room only. His is a name to be mentioned alongside José Alfredo Jiménez and other greats. Certainly the songs on this second collection of what are really greatest hits come from the pens of ranchera's great composers, like Jiménez with the classic "El Rey" and Juan Gabriel's sweeping "Amor Eterno." The arrangements are lavish, often heavily swathed in strings, but don't be fooled into thinking it's all saccharine. Underneath it all, the very Mexican heart of mariachi music beats loudly. You can always hear the guitar, and the horns offer subtle echoes of the voice. And what a voice Fernández has, as big as Mexico itself, and full of emotion and subtlety -- just listen to the sublime "Volver, Volver," for example, or the softer majesty of "Me Caso el Sábado" -- that suffuses everything he does. Hearing this, it's easy to understand his appeal, given the rich, lush romance of his music and his harking back to the Mexican heritage. Some Anglos will get it, some won't -- but the music speaks for itself.